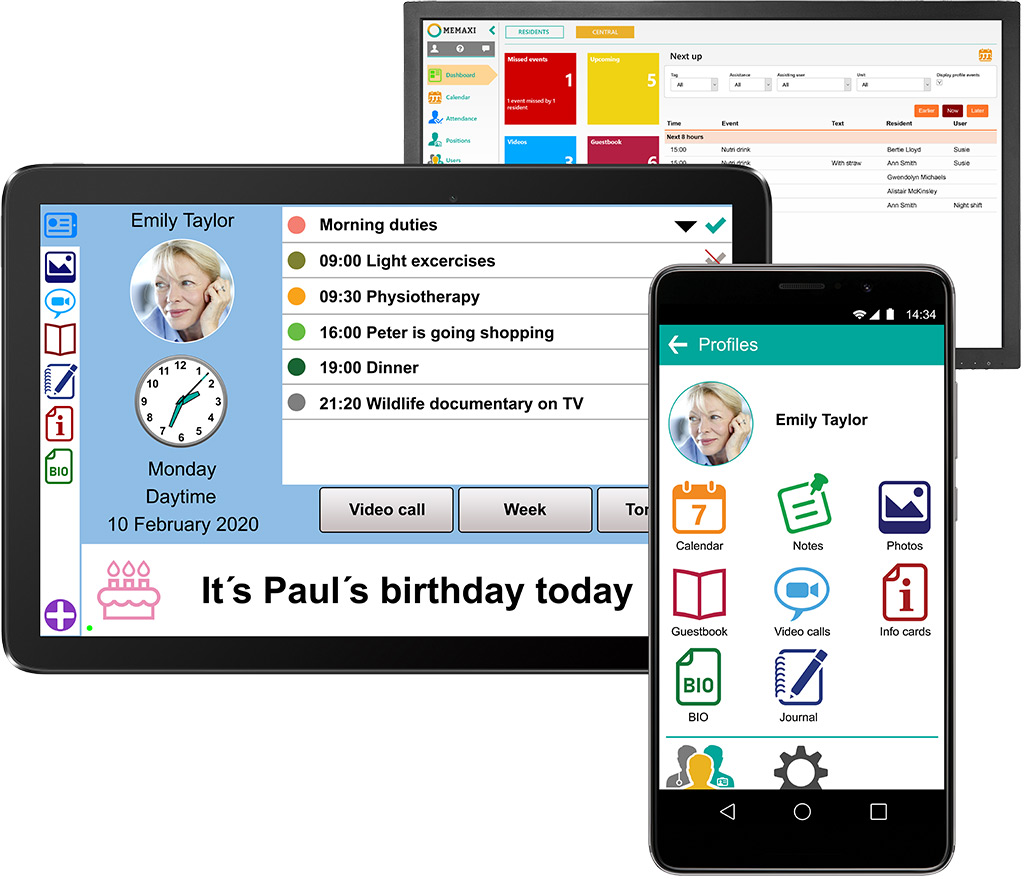 Connecting beneficiaries, families and professionals. All information in one place. Simple and easy to use.

What is MEMAXI all about? 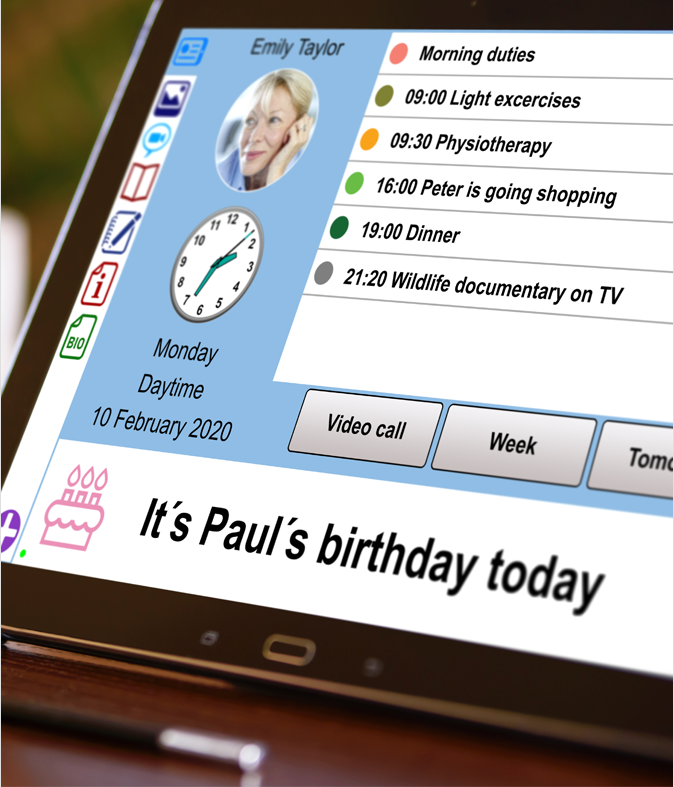 MEMAXI enhances and facilitates care planning and communication, breaks isolation and provides a sense of security to people who need long-term care.

The MEMAXI Care and Communications solution brings together and bridges the communication gap in the inevitable triangle of the beneficiary, his family and professional care providers.

MEMAXI is a revolutionary set of tools for: 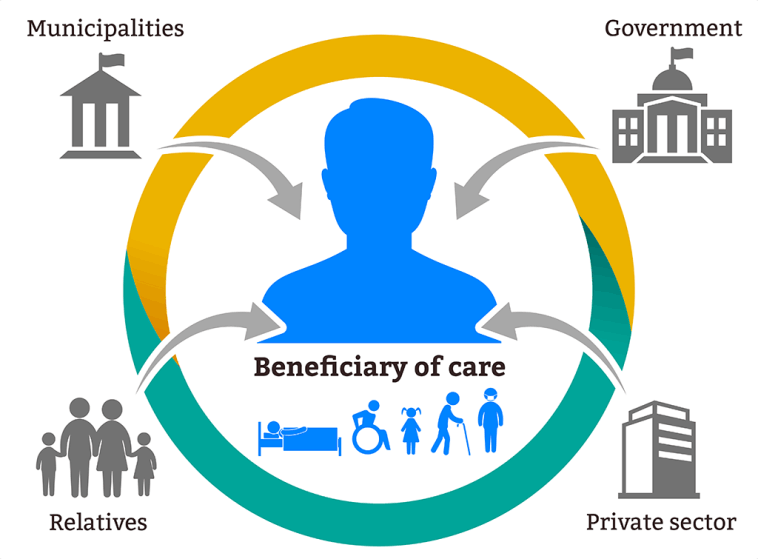 MEMAXI joins together the beneficiary of care, their family and friends and professional care providers.

The beneficiary is in the foreground and their wellbeing, sense of security and peace of mind is what all carers strive for. The beneficiary can follow their day on a standard tablet computer with the Memaxi Display running on it.

Quality care can only be achieved by connecting the different care groups and helping them plan their activities and exchange information.

MEMAXI does that all and adds easy-to-use video calls, photo sharing and more so that the beneficiary continues to be an active participant in their own life. 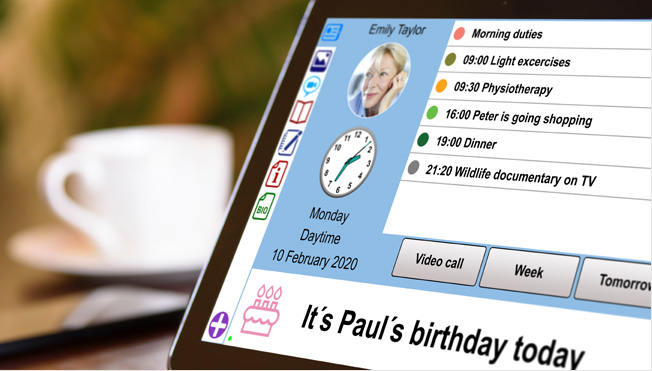 Helping the beneficiary lead an independent life with assistance from their family and friends. Share information, photos and responsibilities and stay in contact with easy-to-use video calls. 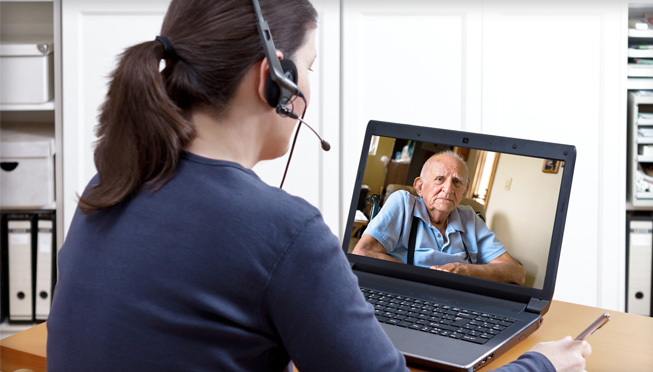 Designed for professional carers and organisations to manage complex and person-centered care plans and collaborate with other care providers. Stop working on paper and embrace modern technology. 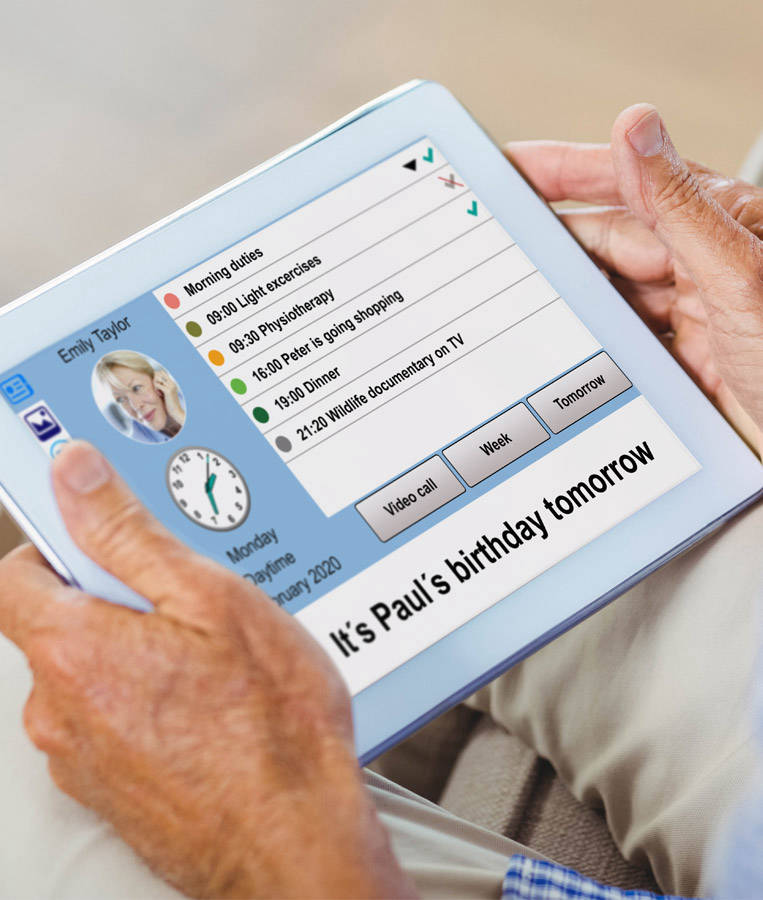 A clever and simple graphical interface for tablet computers with all information in one place for those who receive long-term care. 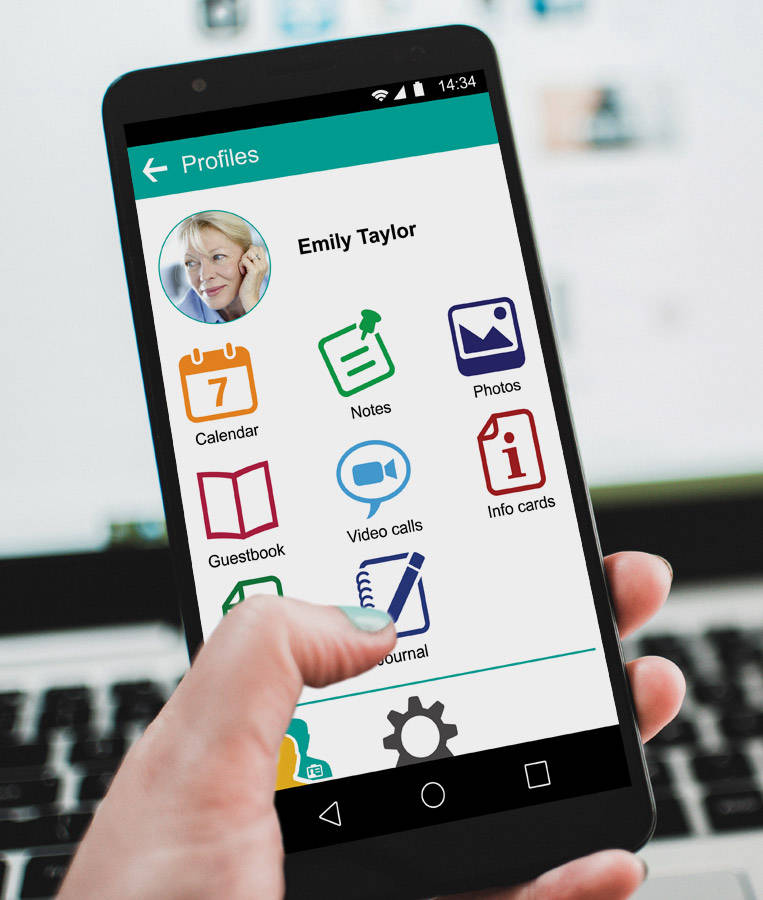 Remotely manage the daily routine of the people you assist. Whatever you set here will be clearly visible in the Display app. 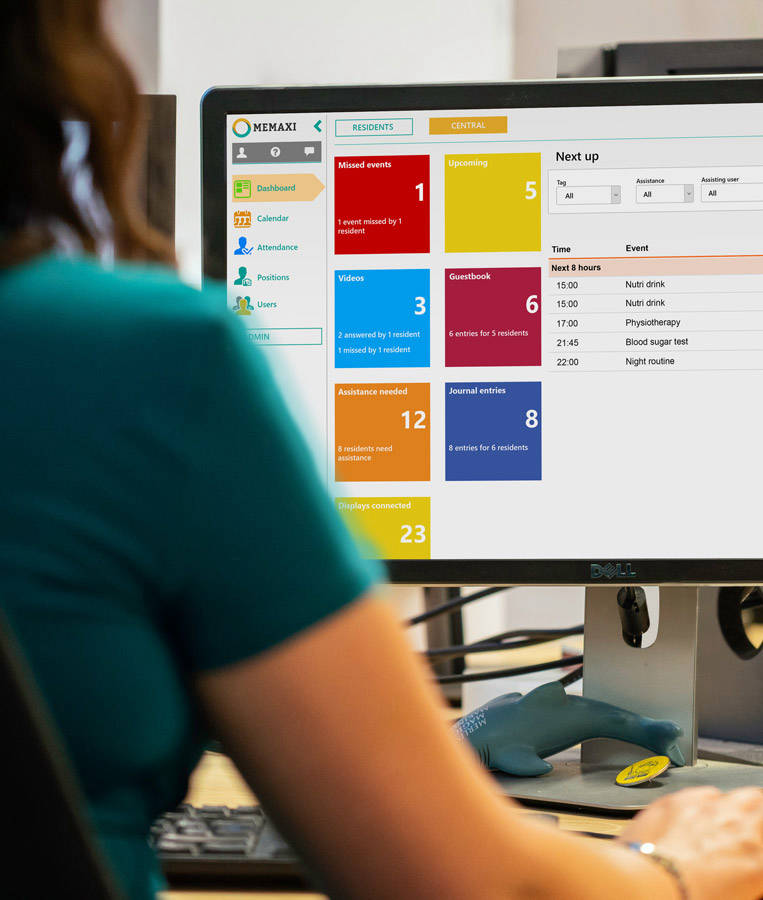 An online web app for detailed care planning and management. Used by the family and professional carers.

These are true stories from our users but their names and photos have been changed for privacy reasons. 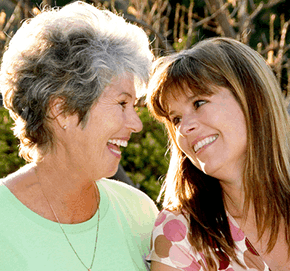 Susan lives in the city and her daughter Bridget is a farmer up in the country. They speak frequently over the phone but Bridget has noticed that the phone calls are becoming shorter and shorter each time. After setting Memaxi Display up in Susan's home they start using the built-in video calls and now they enjoy longer conversations. This is because Susan had become uncomfortable speaking on the landline telephone as sometimes in mid conversation she forgot to whom she was speaking. Now when they can see each other and smile, point at things and take a more active part in the conversation their communication is much better than before. 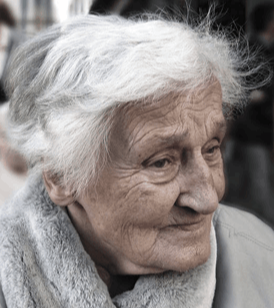 Dorothy has Alzheimer's disease, stage 5. She has significant confusion and is very disoriented most days. She still lives at home and is picked up by a designated driver who drives her to a day care facility where she meets people with similar conditions. Dorothy enjoys the company there and is at ease most of the time. She loves talking walks just before lunch and then enjoys a hearty meal.
When she gets back home in the afternoon around 4pm, anxiety, isolation and disorientation kicks back in. She thinks she ought to be doing something and is forgetting something, she does not know the time of day and to ease her mind she calls her daughter, asking the same questions repeatedly: What time is it? Am I forgetting something? The daughter replies over the phone and assures her mother everything is just fine and Dorothy settles down.
This pattern repeats itself 30-40 times from the late afternoon up until 10pm when Dorothy goes to bed.
The daughter decides to get Memaxi for her mother and places Memaxi Display in a central location in the apartment, next to the phone. At first, Dorothy does not take notice of the display and continues calling her daughter at night but after only a few weeks, Dorothy almost stops calling. This is because when she reaches for the phone, she sees Memaxi Display with information on what day and time of day it is, notes from the family and she can press a "Tomorrow" button to view her upcoming schedule. Both Dorothy and her daughter are very happy with how Memaxi has helped them. 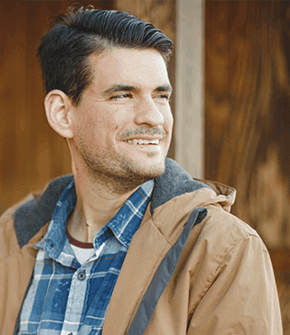 Fredrick is a 35 year old IT professional who lives 100 km away from his father. He visits his father a few times a month and plans his visits beforehand but recently he has noticed his father gets frustrated when Fredrick arrives, not expecting him. Sometimes he is not even at home when Fredrick shows up. They decide to try Memaxi and now Fredrick schedules all his visits on the Memaxi calendar and even drops in a note on the Display, stating 'Fredrick is coming in the afternoon'. Now his father does not get startled when Fredrick arrives and has even set out coffee and some cookies to welcome his son.

William is a 17 year old boy with both physical and mental disabilities. He lives at home with his mother and father and he has had the same assistant, Mary, for 6 years now. Mary has become a part of the family and helps with all activities of daily living. Together, William's mother and Mary schedule all of William's activities in Memaxi and leave notes on the Display for William who enjoys seeing what the day has in store for him. 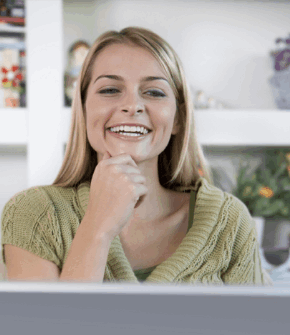 Vanessa lives abroad but she is very close to her mother Pauline who lives in a care home. Vanessa misses her mother very much and wishes she could do more for her mother on a daily basis. She decides to set her mother up with Memaxi Display and now they speak every morning using the built-in video calls. Vanessa sees her mother's room and even helps Pauline pick out clothes for the day. Sometimes the doctor is in Pauline's room and they call Vanessa up over video and chat. Vanessa also schedules her mother's hairdresser and manicure appointments and adds them to Pauline's calendar in Memaxi. Vanessa is very thankful for Memaxi as it allows her to continue caring for her mother, even from a distance. 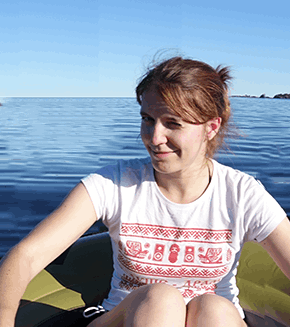 Alison Taylor is a nurse and a supervisor of a team of nurses who do home visits. Most of the patients they pay visits to have a Memaxi Display at home and each nurse records the details of the visit in the Journal. Alison get a comprehensive overview of the services rendered and she especially like that the patients' relatives can also follow up on these visits and now they don't call Alison as much with simple questions like 'Did somebody visit my father today?'. Alison only wishes that all her patients would have a Memaxi Display as it makes everyone's lives so much easier. 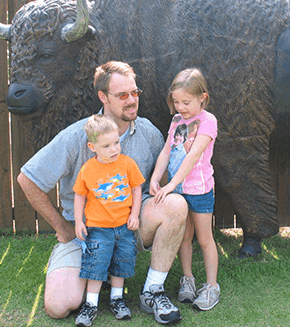 Bert and Esther are busy professionals with two very young kids. Their entire schedule is in Memaxi, doctor's appointments, birthdays, work activities and dinner parties. They especially love the feature of adding an event like 'Gala dinner' to the calendar with the 'Assistance needed' option selected. This is especially useful when they need to get a babysitter to help. A few days before the scheduled time Memaxi starts reminding them of the Gala dinner with assistance needed and that reminds them to organise a babysitter. 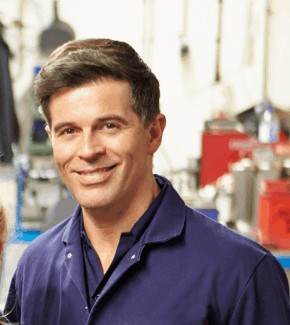 George's grandfather Jonah lives in a care home and is often bored. Jonah's mind is active but his body is frail. George travels frequently for work and visits exotic and exciting places that interest Jonah. George takes photos and selfies during his travels and with a few simple clicks shares these photos to his grandfather's Memaxi Display with a short description like 'Now George is in Kuala Lumpur, Malaysia'. Jonah takes notice of a blinking photo icon on the Memaxi Display in his room and knows a new photo has arrived. This makes Jonah happy as he can tell the other residents in the care home stories about his adventurous grandson. 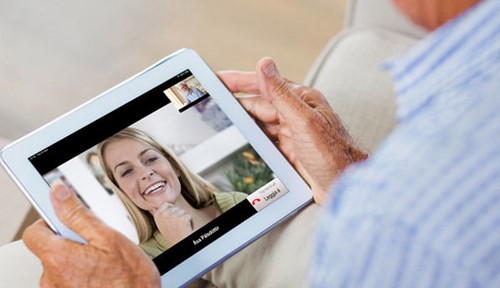